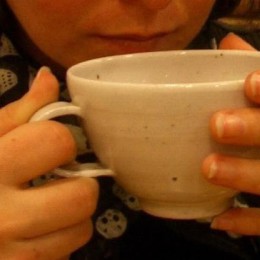 Aussie blow-in Heidi moved to Kilcock about 10 years or more ago and started OurKilcock.ie soon after. She's been maintaining it rather sporadically since - with the help of some lovely writers now and again. She makes websites for a living.
Kilcock News Round Up – 25th July 2010 Posted on July 27, 2010

Aussie blow-in Heidi moved to Kilcock about 10 years or more ago and started OurKilcock.ie soon after. She's been maintaining it rather sporadically since - with the help of some lovely writers now and again. She makes websites for a living.

Heartfelt tributes were paid to Kilcock Sergeant Finbarr McCarthy last Thursday (15th July) as he bid farewell to Kilcock District court. ….Sergeant McCarthy served at stations around the country before being posted back to Kilcock as sergeant in April of 1993. He is due to retire from An Garda Siochana at the end of August bring 34 years of uniformed service to a end.

Leading the tributes on behalf of local practitioners, solicitor Eddie Timmins joked that Sgt McCarthy was, like himself, “a relic of the 1970’s”. Mr Timmons said very few people are instantly recognisable by their first name but if the name Finbarr was mentioned in Kilcock, everyone knew exactly who you were talking about. “He was an old style garda never fully on or off duty.”

Superintendent Gerry Giblin: “Finbarr represent An Garda Siochana in the best traditions of community policing. He will be missed and be very difficult to replace”.

Plans to axe Dublin Bus services to and from Kilcock as part of a network review have already been approved by the National Transport Authority (NTA). It was confirmed last Friday (16th July) by officials from the company that the application to cancel the services had been received and agreed by the NTA with Bus Eireann set to pick up the slack.

Dublin Bus’ Network Direct Proect Manager, Roy Coyne said the proposal to withdraw the 66 service was based primarily on customer demand. “Despite the growth (in population), very few use the service. It is extremely poorly supported.”

In reaching the decision to cut completely the Kilcock services, Mr Coyne said passenger figures were examined in the 2006 census. “The average number of people going out on the service is five or six. Those people go into the city centre and few go anywhere else.”

Despite being in the metropolitan area, Cllr Padraig McEvoy said public transport users in Kilcock had to go to extreme lengths to avoid comparatively high price plans, suggesting that if more price incentives were offered Dublin Bus would attract more users. He added, “Perhaps there are so few people because the service is so poor.”

Despite claims from Cllr Liam Doyle (FF) that Bus Eireann appeared to have reduced the number of times it was stopping in Kilcock, in an effort to improve journey times, Mr Coyne said Dublin Bus understood an application was made by i’t scounterpart for additional services.

Cllr Doyle said the town’s population of 7000 people were largely dependent on public transport. “I am a bit disgusted with the answer because it seems Dublin Bus don’t speak to Iarnrod Eireann and their wages are being paid by the taxpayer.

“I’d be critical of all of you for not talking to each other, for not providing a service to the people of the town,” added Cllr Doyle.

A firm date for the commencement of work of sports facilities at the Bawnogues in Kilcock is still awaited. With the project dependent on the collection of development levies, there is still no definitive time frame in mind for the implementation of a master plan, which was drawn up last year.

A new shop ‘Cheaper Market’, which located on Bridge Street in Kilcock, was officially opened by Minister of State for Older People and Mental Health, Aine Brady, TD, last Saturday week (10th July). The new business is a step in the right direction for the town of Kilcock, which has been suffering because of the recession.

Aussie blow-in Heidi moved to Kilcock about 10 years or more ago and started OurKilcock.ie soon after. She's been maintaining it rather sporadically since - with the help of some lovely writers now and again. She makes websites for a living.