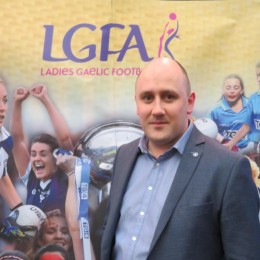 Robert Cox - Robert is a freelance sports journalist based in Kilcock, Co. Kildare. A graduate of Kilroy College where he obtained his qualification in freelance journalism. Robert's passion for sport is second to none, especially in on the subjects of Kilcock and LGFA. Robert is a reporter on KFM Radio for Ladies Gaelic Football and PRO of Kilcock LGFA. Check out: ExtraTimeSportsLive.com
Leinster Titles and a new Rugby team for a sports mad Kilcock Posted on February 27, 20181 Comment

Robert Cox - Robert is a freelance sports journalist based in Kilcock, Co. Kildare. A graduate of Kilroy College where he obtained his qualification in freelance journalism. Robert's passion for sport is second to none, especially in on the subjects of Kilcock and LGFA. Robert is a reporter on KFM Radio for Ladies Gaelic Football and PRO of Kilcock LGFA. Check out: ExtraTimeSportsLive.com

I am delighted to be a part of this new and updated version of ourkilcock.ie I will be bringing you all the latest news from the sporting world in Kilcock. Thankfully the town is very successful in this area but that also means that some stories may slip under the radar. We hope to capture most of the news in every sport form Soccer to Gaa, from Rugby to Athletics and from Boxing to Hockey. Enjoy our first edition.

In the past seven days alone, there have been two Leinster wins, a new rugby team has emerged in Scoil Dara and our overseas stars have been continuing to put Kilcock on the map. Find out who, what and where below 👇

As we all know Scoil Dara, Kilcock has a proud history of producing top sports starts. Both Orla Fitzsimons and Mary-Louise Reilly have represented their country in rugby, with Reilly also donning the countries soccer jersey early in her career. Several top Gaa stars in Meath and Kildare are past pupils, Ciaran Fitzpatrick, Conor Gillespie and Jamie Queeney to name but a few. In soccer the school produced League of Ireland stars such as Shane Barrett, Shane Fitzgerald, Aaron Brilly and of course Ciaran Kilduff. And plenty of top athletes also learned their trade here. Paul Robinson probably the most notable of these. The next generation of stars were to the fore in the last week but not in a sport we’ve come to expect from the border town mixed schoo but in rugby.

The school fielded a Junior Rugby side for the first time ever last week when they travelled to Barnhall Rugby Club for a Junior blitz.

The lads, trained by Niall McCann and Mr Fanciulli, played five games, amazingly winning all five. Local rivals Maynooth Post Primary were one of the teams dispatched, along with Dunlavin, Confey, Cross and Passion Kilcullen and Celbridge Community School.

Scoil Dara also has a senior squad in the school but it’ the first time the school has played a game.

Coach Niall McCann spoke in the aftermath of the school’s flying start; “There was some great rugby played this morning by the lads in Barnhall. We had two teams from the North Kildare RFC area taking part, both Maynooth PPS and Scoil Dara. It was extra special for Scoil dara as they were fielding a rugby team for the first time. Fair play to the lads, it’s a great start and their is some decent talent after been unearthed.”

As mentioned above Scoil Dara would be more notable for producing Gaa and soccer stars through the years but maybe just maybe instead of a future Ciaran Kilduff or Ciaran Fitzpatrick, we might see the next Johnny Sexton coming out those school gates!!

As a past pupil the only rugby yours truly played there was 30v30 on the tarmac of the basketball courts at lunchtime. Needless to say that didn’t last long after a couple of ambulance appearances.

In schools athletics, Scoil dara student Sarah Clarke qualified for the All Ireland Schools Junior Girls Cross Country Final. Sarah made it through to the final after an impressive run in the Leinster Finals meeting in Santry last week.

Well done to Ciara Gormley who also represented the Kilcock school, running a strong race in the same category and to Oisin Farrell who was also on duty in the boys race.

Kilcock’s Aaron Brilly was part of the Athlone Town AFC side that got their League of Ireland First Division season up and running last Friday. Unfortunately for Aaron and the Midlanders, they lost out 4-1 to a strong Galway United side. No doubt there will be better days ahead and if you can get to a game in the coming months to support Aaron, I am sure he will appreciate if very much.

More locally, good things continue to happen up at Kilcock Celtic FC. Over the winter, a number of young stars signed for LOI club Longford Town. But senior manager Brendan Rooney continues to work hard on and off the pitch during pre season, with a new gym recently completed up at The Bawnouges. Senior player Eoin Hannigan will oversee proceedings for all teams. In recent weeks, the senior team have played Drogheda United, Shelbourne and Longford Town u19s, with the last game for the Frank O’Connor memorial cup. Longford Town took the cup back to the midlands.

The senior footballers got their 2018 season off to a losing start on Saturday in Kilcock Gaa. The Declan Gibbons’ trained side, lost out to a strong Naas side on a scoreline of 3-13 to 0-13 in round one of the Aldridge Cup. Kilcock, an intermediate team, are taking part in the senior competition as Moorefield decided to take an extended break following their run to the All-Ireland club final. We would like to wish Jason Gibbons all the best as he recovers from a cruciate injury suffered with the Kildare u20s last month. Kilcock duo Daniel Courtney and Eoin Powderly continue to be part of Cian O’Neill’s plans on the Kildare senior panel and we wish them well.

The senior ladies of kilcock were due to take part in a six team tournament hosted by Na Fianna last weekend but unfortunately it was cancelled. We would like to take this chance to welcome new coach Shane Smullen, from Allenwood, to the club. The girls u16s travelled to Athy on Saturday morning where they lost out in round one of the league.

St.Cocas athlete Orla Reidy captured Leinster gold last week when she won the Leinster Schools Intermediate Cross Country title with victory at Santry on February 21st. The Intermediate race was ran over a distance of 3500 metres. Orla’s win is all the more special as she is also eligible for the Intermediate ranks again next year. She will now also progress to the All-Irelands. Both Orla and her St.Cocas’ team mate Aoife O’Cuill, who ran a great race to qualify for the All Ireland finals next month, were representing Maynooth Post Primary. Aoife ran in the Senior race, over a distance of 2500 metres.

St.Cocas AC were quick to congratulate all their athletes on their Facebook page this evening; “Congratulations to all athletes who represented their schools today in the Leinster Cross Country Championships in Santry. A special congratulations goes to Orla Reidy who won gold in the Intermediate girls race and is now Leinster Champion. Well done also Aoife O’Cuill who ran a great race to qualify for the All Ireland finals next month.”

In athletics, St.Cocas’ Kevin Kelly made his conference debut for Drake college in Cedar Falls, Iowa at the weekend. On Saturday night he ran the anchor leg of the DMR as they claimed the silver medals and on Sunday he secured a third place finish in the mile. Well done kevin.

Also continuing to put Kilcock on the map Stateside is Ciaran Kilduff. Ciaran scored his first goal of 2018 for Jacksonville Armada FC as they beat Flagler Saints FC 2-0 in a pre season friendly in St.Augestine, Florida. Continued best wishes to Ciaran and his family on their amazing adventure.

Robert Cox - Robert is a freelance sports journalist based in Kilcock, Co. Kildare. A graduate of Kilroy College where he obtained his qualification in freelance journalism. Robert's passion for sport is second to none, especially in on the subjects of Kilcock and LGFA. Robert is a reporter on KFM Radio for Ladies Gaelic Football and PRO of Kilcock LGFA. Check out: ExtraTimeSportsLive.com